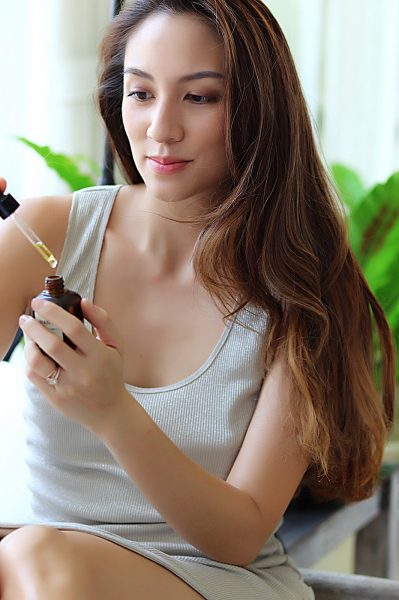 We believe that health and beauty come from treating your body right, as well as by developing good relationships with those around you.

We’re dedicated to bringing you a delightful experience with our natural, organic, premium product selection.

Our products are made with:

Panya Natural was founded in 2014 by Kamonrat Latseeta (Emmy), who grew up in a small, rural community in the northeast of Thailand. As a child, she was aware of the wonderful variety of plants growing around her, and from a young age she began experimenting with natural leaves and roots, rubbing their powder on her skin to experience the textures and colors they could bring.

This curiosity led Emmy to learn about the raw ingredients that went into cosmetics, and she soon realized that Thailand – “the spa of the world” – was blessed with an ideal climate for growing coconut oil, moringa oil, and a great variety of plants and herbs that could replace the chemicals that other companies used in their beauty products.

Still at a young age, Emmy wanted to start selling creams and oils at her school, but soon realized it was hard to find great products. She did, however, know how to make them – and also sensed that the whole world would buy these products from Thailand if they only knew how excellent the ingredients grown from Thai farming techniques could be.

The powerful flavors of Thai fruits had been discovered and recognized in the West, along with the potent effects of Thai spices – but other local crops, particularly moringa trees, were of the same superb quality but had yet to be widely discovered.
Emmy quickly gained experience selling beauty products around her school, giving out samples and knowing that her classmates would come back to buy after they realized the quality of her soaps and creams. That experience gave her an ability, and then a reputation, for recommending the best beauty products for particular people and their different skin types.

Soon, the idea for Panya Natural was born. The concept was to work exclusively with local businesses – not only because they were the best, and not only because she had a productive relationship with some of the best farms in the area – but also to help her own community grow. Emmy takes inspiration from her role model, the King of Thailand, to value modest hard work and generosity throughout her professional life.
That’s why Emmy’s first successes in the world of beauty were made with her community in mind. This commitment has taken a new and exciting shape since Emmy married a Belgian fellow. Together they love to travel around Thailand and elsewhere, learning about new projects to support in order to promote well-being in poorer areas.

Emmy and her family-in-law have built an association that supports all sorts of initiatives to improve the livelihood of orphans living in Thailand and around the nearby Burmese border. The ultimate goal is to build a Foundation that can expand positive development for local communities and the environment. Emmy has always believed in keeping farmers and laborers happy and well-paid, while her Buddhist upbringing impressed upon her the value and importance of doing good deeds for those around her.

Panya Spa continues to support its farmers, so that their families – particularly their children – can have the same opportunity to pursue their dreams that she had. Though she is now based in Bangkok, Emmy visits the northern provinces regularly to check on her family, neighbors, and the small farms she uses for Panya Spa products.

While up north, she also enjoys breathing the sweet country air that she remembers from all those years ago, back when she had just discovered the magic of mixing together the scented fruits and herbs that grew from the rich Thai soil.

One of the best clean beauty brands in Bangkok

Locally sourced and produced, Panya is born-and-bred Thai beauty product. This brand understands that our country is home to some of the best quality crops and beautifying natural ingredients, so why let this go to waste? The simple, no-frills production and short supply chain mean that close attention is paid to everything that goes in their bottles. No unnecessary energy or chemicals are involved, and all ingredients are ethically farmed.

This product is really good! I live in the United States and the climate causes my skin to get really dry. I use this cream before going to bed and in the morning after washing my face. My dry rash disappeared totally. I’ve been using this for almost 3 years. I will have to restock my supplies when I return to Thailand. Love it!

My skin is so soft and smooth in the morning

Dear Emmy,
Thank you very much for the lovely samples! I really love the shower gel and the moringa oil is just amazing! My skin is so soft and smooth in the morning.
I will definitely buy a full size when I’m back in Bangkok.
Big hug!! xx

Make Up Artist, Model and Actress
“

It healed so fast and it is really effective!

I’ve used 2 bottles of 30 ml moringa oli so far. I used to have scale-like flaky skin. I used both on my face and the body. Now the skin my body is soft like my facial skin. Never seen this before. It is not oily when applied on my skin. The scaly skin on my chest and upper arms disappeared, the itch that I suffered from this problem disappeared too. It healed so fast and it is really effective!

It solved my problems with cracked skin on my elbows

I have problems with cracked skin on my elbows. I applied on my elbows and the skin soften, crack disappeared, no side effects and it’s not sticky or oily. I used it regularly. Really love it!

Hi, I have received the products . Actually, I have received it a few days back but I was away ordained in a temple and only get to open it recently. My face had a breakout when I returned from the temple. I started using your product and the condition improved tremendously after usage. Large acne became smaller, and the patches of smaller pimples just disappeared! What’s more, the skin on my face became very soft!

Moringa oil is great to use!

This product is great to use! We can apply on our lips too. When I have chapped lips, I could not even open my mouth. The lips are so dry that it cracks and causes tiny lesions. I tried the moringa oil by applying on my lips overnight. The next morning it is totally healed! I truly believe this product really helps reduce inflammation too. Thank you for producing such great quality products for the local Thai people.

My friends love it too!

I gave samples of Panya products to my friend Margo this weekend and she IS IN LOVE with it !!! I think she will be, like me, your best client. My skin has never looked so good. It’s amazing!

Purely organic products, finest all-natural ingredients, healthy, vitamin-rich formulas proven to work. You are on the path to glowing, gorgeous skin every day!